Years ago I read Streamed Lines: Branching Patterns for Parallel Software Development, and many of the thoughts have stayed me. Think of it as a catalogue of Design Patterns for version control workflows. There are so many ways to efficiently use branches to both collaborate and isolate work. Lively discussions can be had on how to best organize a repository, and having a great overview of the options makes for more informed discussions.

I have previously described how I’ve been using small hack && ship commands to simplify and streamline my personal git workflow. Recently I’ve switched to using the Git Flow setup as my branching and release workflow.

Installing the git-flow toolset on OS X is trivial using the homebrew installer:

The git-flow project also has instructions for installation on Linux and Windows.

Installing git-flow adds a few helpful commands to the git environment for creating and managing branches for features and releases. A fresh git repository is born with a master branch. In the default git-flow setup, this is where the current production release lives. Furthermore, a branch called develop is created, this is where development takes place. Note that git-flow is just a series of shortcuts to having a development branch and a production branch with sensible ways of shuttling changes back and forth. After installing the git-flow package, configure your local repository for git-flow use with:

You can most likely accept the defaults by pressing enter at each question - this also makes it easier for others to initialize git-flow in their working copy, as all are using the same defaults. The only change from running the init command is two [gitflow] sections in your .git/config file looking like this:

It’s no more magic than that. Consult the built-in help with:

If you’ve got the bash-completion package installed, you can use tab-completion for git-flow commands and arguments. Highly recommended.

Working on a feature

Start work on a feature - say feature 77 from your issue-tracker:

This creates a new regular local git branch called feature/77-speedup-yak-shaving based on the current develop and places you on it. Want to share your work in progress with others? Use:

This pushes the branch, and sets up your local branch to track the remote branch in one easy step. The regular git push and git pull --rebase work as you would expect here. There is nothing special about branches created by git-flow, they are just conveniently named and managed.

All done with a feature? Rebase your feature on the current develop branch, then merge it in:

With these two steps, you end up on develop with your feature merged in. Run your test-suite, and push to a central repository as appropriate.

Releasing to production version and hotfixes

Production releases are handled quite nicely in git-flow:

This creates a new branch called release/2011_year_of_the_yak, based on the current develop branch. Here you can fix any HISTORY or VERSION file, commit, and the finish up the release with:

By finishing the release, you now get a tag called 2011_year_of_the_yak, and the temporary release-branch is removed. You end up back at the master branch.

A hotfix is simply a feature branch which is based on the latest production release, and which is automatically merged to both develop and master. Extremely handy.

Some developers prefer to only ever merge, but I’m a big fan of rebasing local work before publishing. I’ll leave you with this: 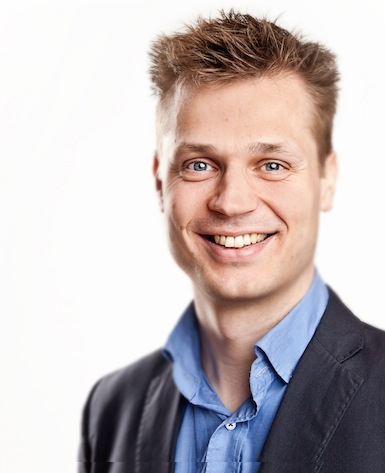 Hi, I'm Laust Rud Jacobsen, an experienced webapp developer specializing in Ruby and PostgreSQL-based solutions. You can hire me to build awesome stuff for you. If you have any questions or comments, reach out at @laustrud or privately at work@valuestream.io.